Back to All Posts

After the 2007-08 Financial Crisis, a new antimonopoly movement has emerged that identifies the economic dominance of a few monopolistic corporations as a major source of today's growing inequality, democratic decline, and environmental crisis. Much of the focus of this movement has been federal—to reform antitrust laws and interpret current antitrust statutes in accordance with modern economic research and the intent of the original antimonopoly movement at the turn of last century.

It may surprise many to learn that the original antimonopoly movement began at the state level in the 1870s. During the economic depression caused by the Financial Crisis of 1873, the original antimonopolists began to form state level parties and advocate not just for antitrust legislation, but also collective bargaining between workers and dominant firms, progressive taxation, and more direct democracy. They believed that major political and technological changes had allowed unprecedented combinations of private power to emerge—and that the democratic power of the public was needed to regulate or break up these entities if common people were to have the economic liberties they demanded. In 1889 Kansas passed the first antitrust law and 11 other states managed to follow before the federal Sherman Act was passed in 1890. These antimonopoly laws laid the groundwork for the broad-based economic prosperity that defined the mid-20th century for many American families.

Today, we face levels of economic concentration reminiscent of the Gilded Age that the original American antimonopolists challenged. Over 75 percent of American industries are more consolidated today than they were two decades ago. Firm-level markups have increased from 18 percent to 67 percent since 1980. Compared to thirty years ago, corporations make $14,000 more in profit per worker and pay their workers a smaller percentage of profits. The Treasury Department estimates that on average wages are 20 percent lower than they would be in a competitive market. States can reverse these trends—improving the material lives of their citizens, and restoring health to our democracy—by embracing antimonopoly reforms that uplift working people and reign in unaccountable corporate power.

States can lead the charge in this new antimonopoly movement. They can simplify legal frameworks to combat rigged labor markets, anticompetitive vertical restraints, and abuses of dominance. They can scrutinize the contracts that dominant firms use, banning exploitative features like worker misclassification and noncompete clauses. They can extend bargaining rights to workers and small businesses that have no choice but to contract with dominant firms. They can combat inflation with price-gouging and price-fixing laws that deter coordinated price increases. When anticompetitive markets are persistent, states can create publicly run competitors (public options) in areas like banking, childcare, healthcare, broadband, retirement savings, and more.

DPN's Antimonopoly Reform state policy kit breaks down these and other antimonopoly policies that states can pursue to combat monopoly power. It also provides precedents and highlights states that are leading the way in today's interstate antimonopoly movement. If you have any questions about the kit or if I can be useful to your antimonopoly work or coverage, please don’t hesitate to reach out. 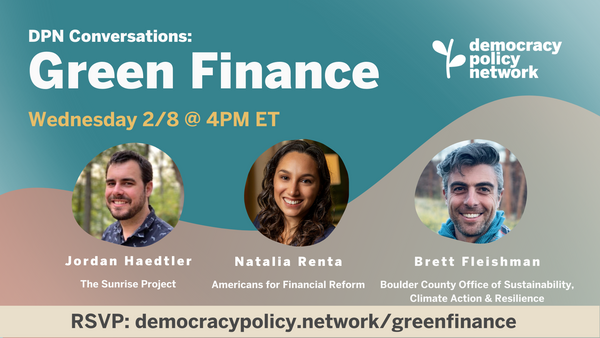 On February 8 at 4PM ET DPN is hosting our first 2023 DPN Conversation on the topic of Green Finance. The policy briefing will explore what state leaders can do to ensure their state’s financial policies, regulations, and institutions best mitigate climate change and support green energy transitions. RSVP 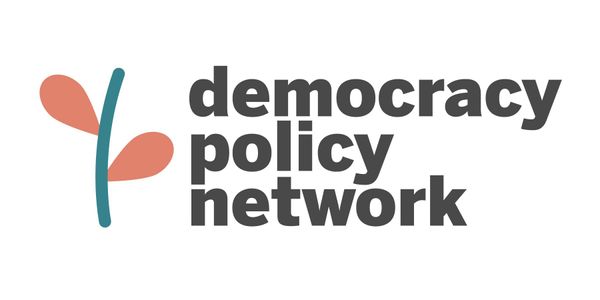 DPN Conversations are monthly briefings for state leaders, staffers, advocates, and journalists interested in learning about transformative state policies for deepening democracy. Each month, DPN brings in a panel of experts, advocates, and legislators to share their story and answer questions about the nuts and bolts of raising up an 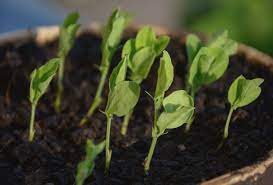 As we wrap up the year, I first wanted to send along my sincere gratitude to everyone who engaged with the Democracy Policy Network this year. From the beginning, we have designed ourselves to be more like an open platform than a closed bureaucracy, relying on networks of state leaders,